You are here: Home

During the COVID-19 pandemic, when the entire populace of the world is virtually confined to their homes, there are voluntary organizations, which, with help of the Government, provide relief to the those affected amidst a huge outcry across the country.

The SRF is such an organization which has made access to the affected people in Varanasi and Vindhyachal regions, during the lockdown and post-lockdown phase. In our efforts, we are thankful to our allies, such as Child Rights & You (CRY), Plan India, Deptt of Women & Child Development GoI/GoUP, Central Social Welfare Board, Savex Technolies Pvt Ltd, Inditext info Research LLP, District and Police Administration of Varanasi & Bhadohi, representatives of local bodies and our esteemed volunteers, who wholeheartedly support us.

Presented below are the some of our major interventions during Corona pandemic:

1. Contribution to the Indian Red Cross Society by our Volunteers & Activists 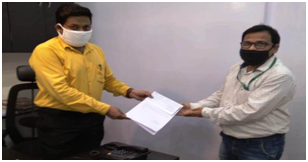 All the functionaries and office bearers of this organization donated their one day salary to the Indian Red Cross society. Cheque no 026304 and cheque number 018488 amounting to Rs. 26,625/- were handed over to District Magistrate of Varanasi on 09.04.2020.

Distribution of food among the needy laborers, with support of district administration and representatives of local bodies has been and will always be on the top of our priorities. We distributed relief kits among 1370 most vulnerable families in 9 urban slums of Varanasi and 5000 families in 34 communities of Aurai block of Bhadohi. In view of the scourge of epidemic, our initiative was too little to reckon, so we approached several donor institutions. As a result, Savex Technologies Pvt Ltd and other individual donors came forward to help us. With their support, food packets were distributed in urban slum area of Varanasi and Aurai block of District Bhadohi. 500 packets from the consolidated fund of this organization, 131 packets with support of Sevex Technologies, and with the support of local councilors, Ration Kits were distributed in remaining households.

3. Distribution of Children Snack Kits among the Community 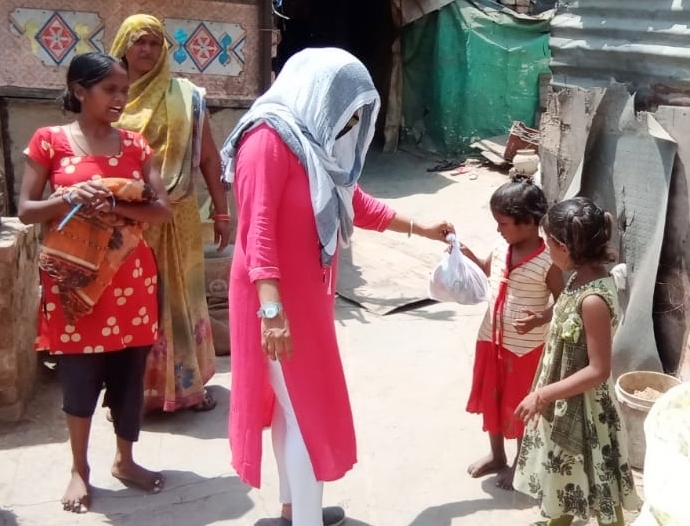 Covid 19 pandemic wrecked havoc across the whole globe, and the children are the most vulnerable among affected.

Seeing the need and appreciating the child psychology, Dr. Shambhunath Singh Research Foundation along with its ally CRY, tried to reach out to children with a gift of small offerings provided by ITC. 3000 packets containing chips, biscuits, snacks, chocolates, fruits and juices were distributed among the 10 urban slums of our coverage area including Sonia, Meerghat, Garhiya, Ambedkarnagar, Amarpur Madhiya, Pulkohna, Daaniyalpur, Paigambarpur, Ruppanpur, Jawahar nagar Sarnath and Kanshiram Awas yojna Shivpur. The children received these little gifts at the time they needed them the most.

5. Eid was a mirage when people longed for the meals 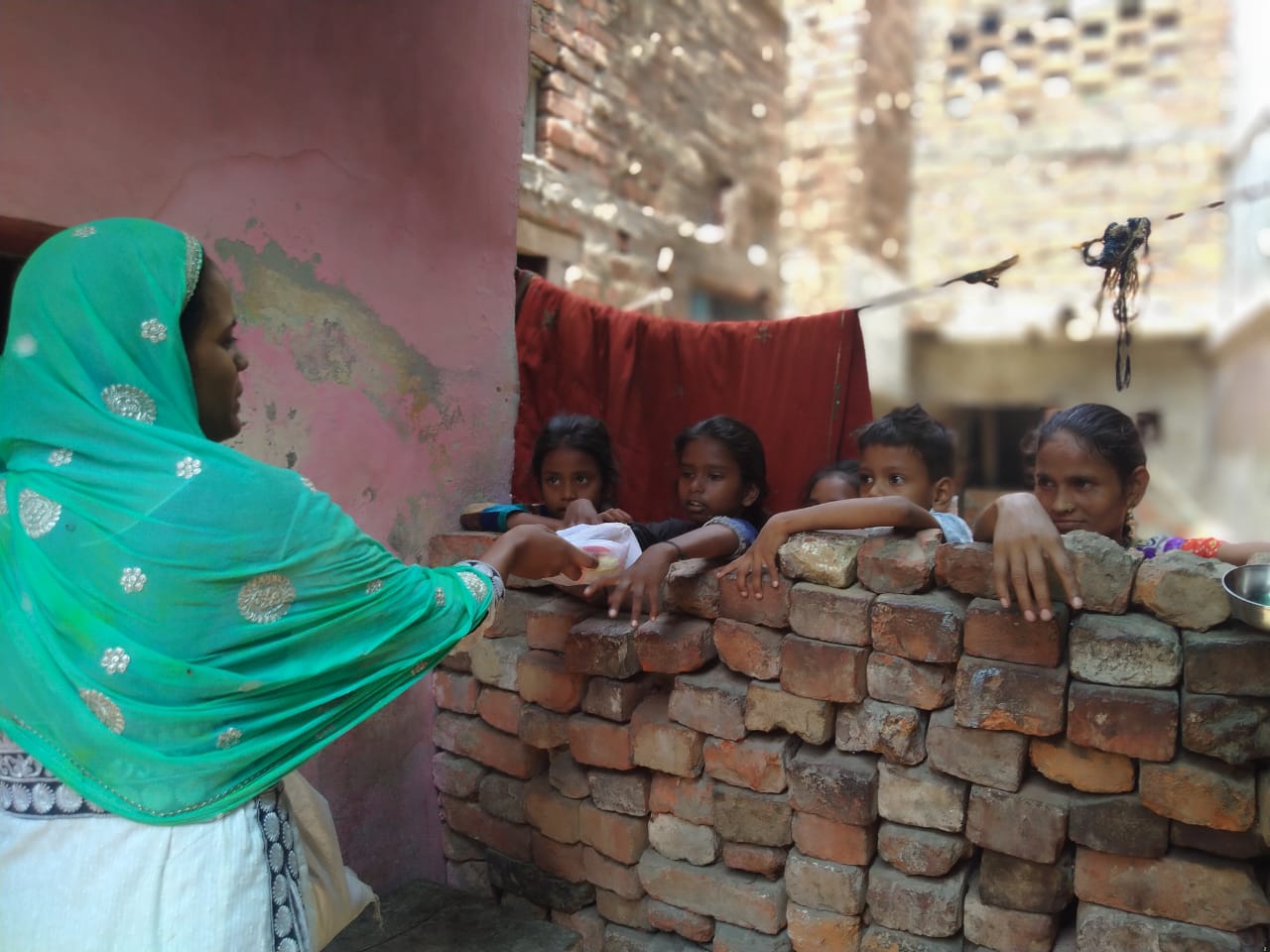 When our team arrived at the urban slums of Varanasi to help the suffering ones, it felt that people were longing for food, and the celebration of the ensuing festival of Eid seemed to be a mirage for them. Children from the Baal Paharua, an organisation set up by us, told that the regular jobs at their household had come to a halt and there were no proceeds from anywhere to celebrate their festival Eid. These young children touched our hearts so deeply that our management immediately interacted with some of the most important well-wishers and requested to extend their hands for support. The Inditext info Research LLP Company came forward and provided 800 packets of Eidy gifts which were distributed among the children of the Muslim community as the gift of festival Eid. These packets comprised of the Sewaiees and other things of children’s desire.

6. Counseling for adolescent Girls and Distribution of Hygiene Kits 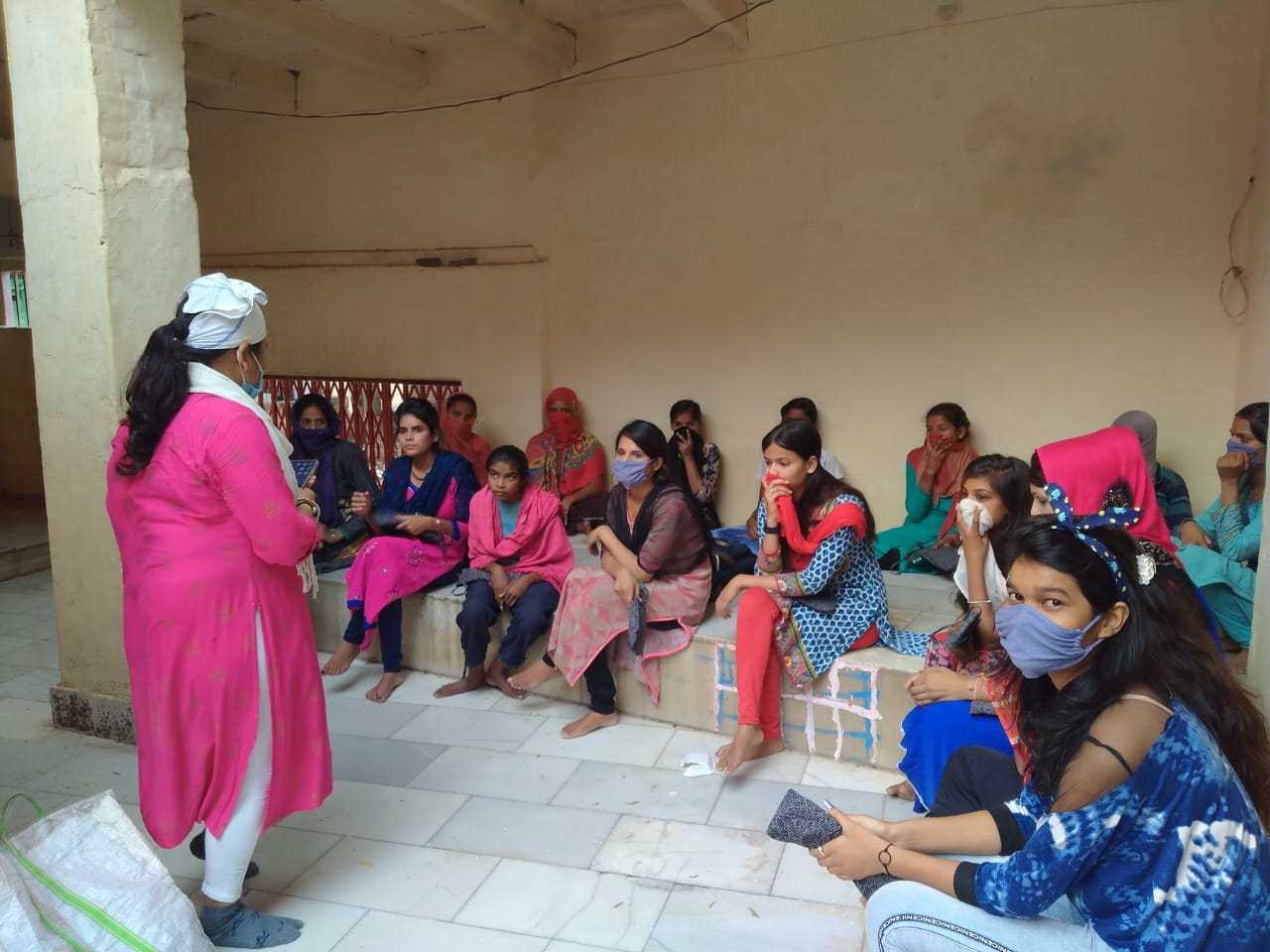 Expectations from some near and dear ones grow during the lockdown period. The adolescent girls in the intervention area reported that the medical shops were closed, and their houses did not have the clean and cotton clothes. Although they were aware of the menstrual hygiene, there was little they could do when resources for the same were scarce. On their request, 2500 hygiene kits were made, comprised of 4 sanitary pad packets, two soaps; three masks and distributed among 2013 adolescent girls in Bhadohi and 487 in Urban slums of Varanasi. Besides, 95 recycle sanitary pads were also distributed in three urban slums of Ruppanpur, Amarpur & Danialpur.

7. Distribution of Masks for Aanganwari Workers 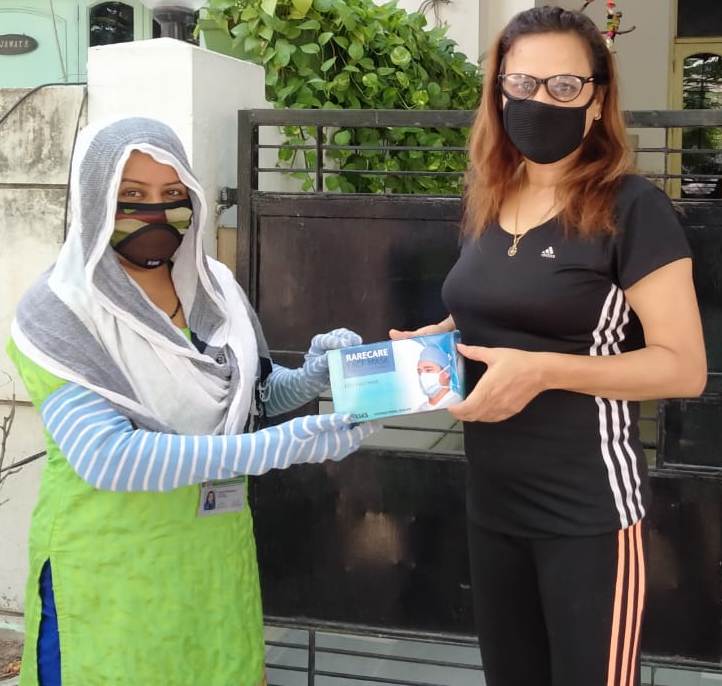 In view of the difficulties faced by the Aanganwari workers, 900 masks were handed over to them with the help of the Chief Development Officer Mr. Madhusudan Hulgi and District Program Officer (ICDS) Mr.Iftikhar Ahmad. Similarly, 500 masks were made available to supervisors and Aaaganwari workers of urban area through International athlete, brand ambassador of Swachha Bharat Mission, Beti bachao Beti Parhao and Election Commission Mrs Neelu Mishra. In addition, all of the seven volunteers were provided with one packet of masks each (7X50). Furthermore, household distribution of masks among 450 families was done at community level, and 50 masks were made available to newly appointed USHA workers. 19 Aaangawari workers belonging to intervention area were also provided 50 masks each.

8. Direct Interventions for child protection and violence against women

During the lockdown period, people were choking in their homes, which had a particular impact on women and children. Whenever incidents of domestic violence, child abuse, child marriage and others came to our notice, they were intervened with our Family Counseling Centre conducted by the Central Social Well fare board.

9. Spread of Awareness on Government schemes and linkages

i. Ration Cards for the underprivileged 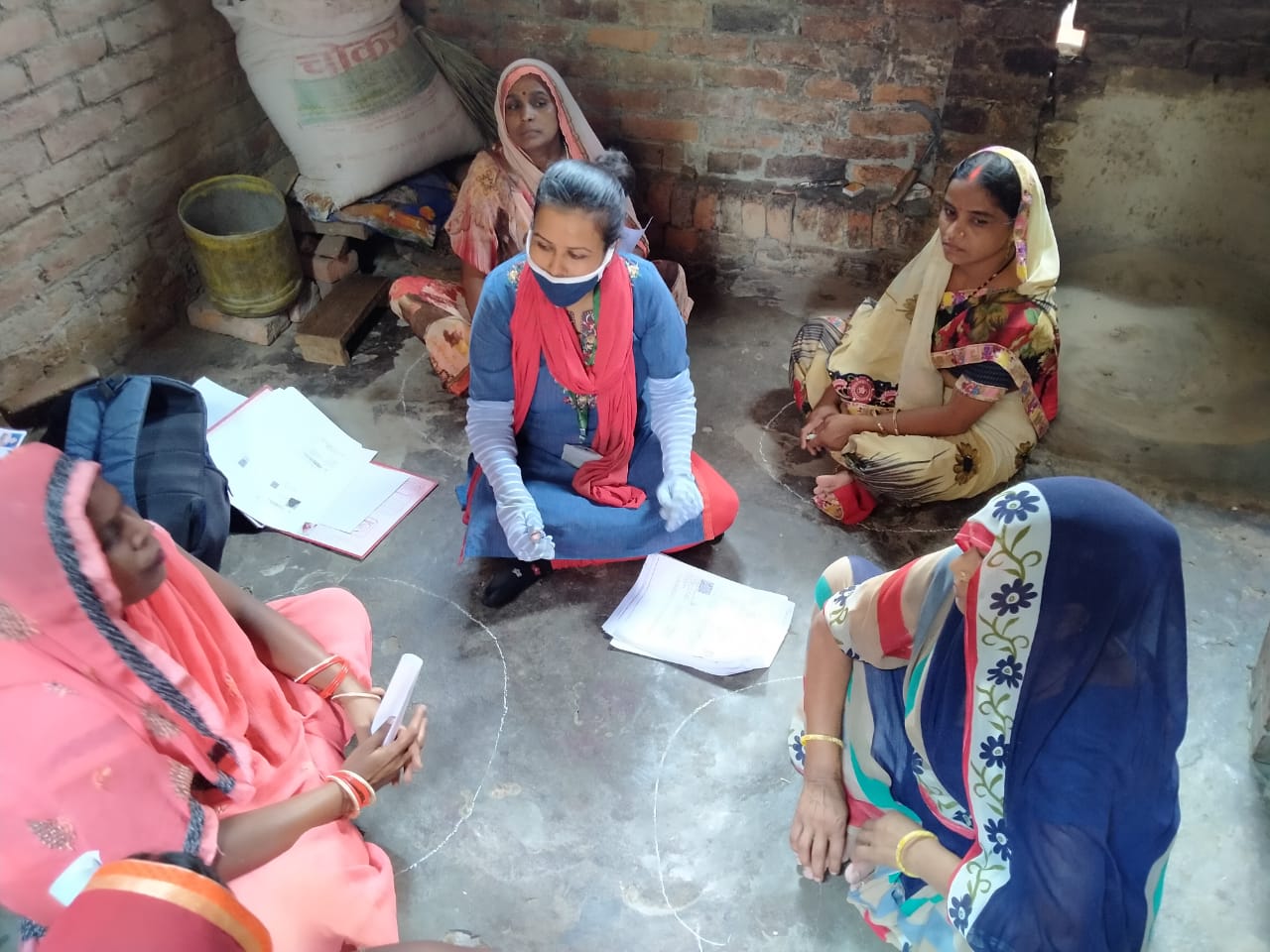 Since the pre-lockdown phase, our activists and volunteers have been continuously trying to reach the community with an eye on various government schemes for the welfare of the laboureres, artisans and other people in need. When it came out that the people without ration cards were not entitled to get any ration, our activists and volunteers acted promptly and applied for 200 ration cards. At present, 32 income certificates have been made and the process for making ration cards is going on. Technical assistance in the process of getting ration cards is also being provided.

ii. Scheme for the grant of marriage

Under this scheme, marriage grant forms of eight girls were filled up. These girls will receive a lump sum amount of Rs 30,000/ each after their marriage. Their marriages were proposed during the m/o June’2020. This scheme is proving to be an effective tool against child marriage.

While launching the Baal Vidya Shram Yojna on 12th June Hon’ble Chief Minister interacted with selected children from 75 districts and the organisations working with them through Video Conferencing. A 12 years old son of a deceased crematorium worker Late Amrit lal Chaudhari, who had got himself engaged in his traditional business instead of going to school, was encouraged to go to school and Additional labour Commissioner was directed to take care of the child. Under this scheme, 25 children have been taken care of by the organisation. 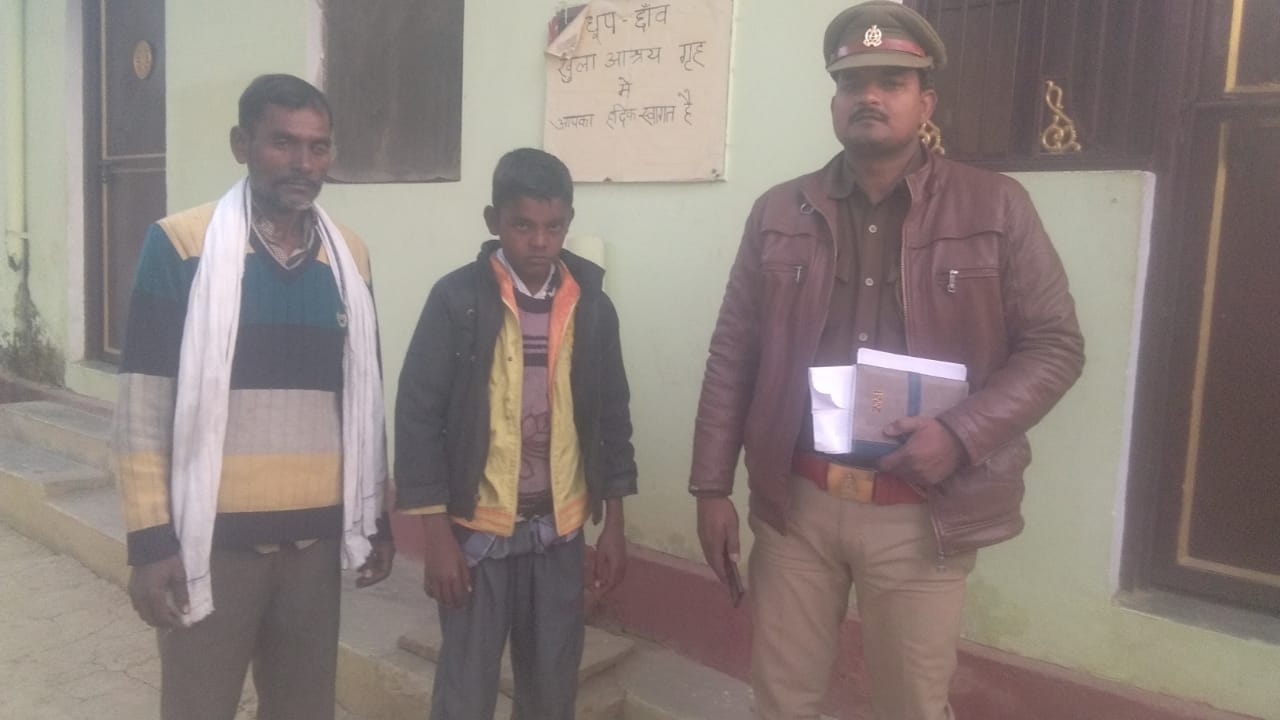 The open shelter home which is conducted with the support of the Directorate of Women Welfare is being used as a quarantine centre for the children in a 11-18 years age group, in pursuance to directions of the UP Government. Therein, two children from Agra are residing and a child from Bihar has been handed over to his family.

11. Children in need get help through INDICOIN App & other social media 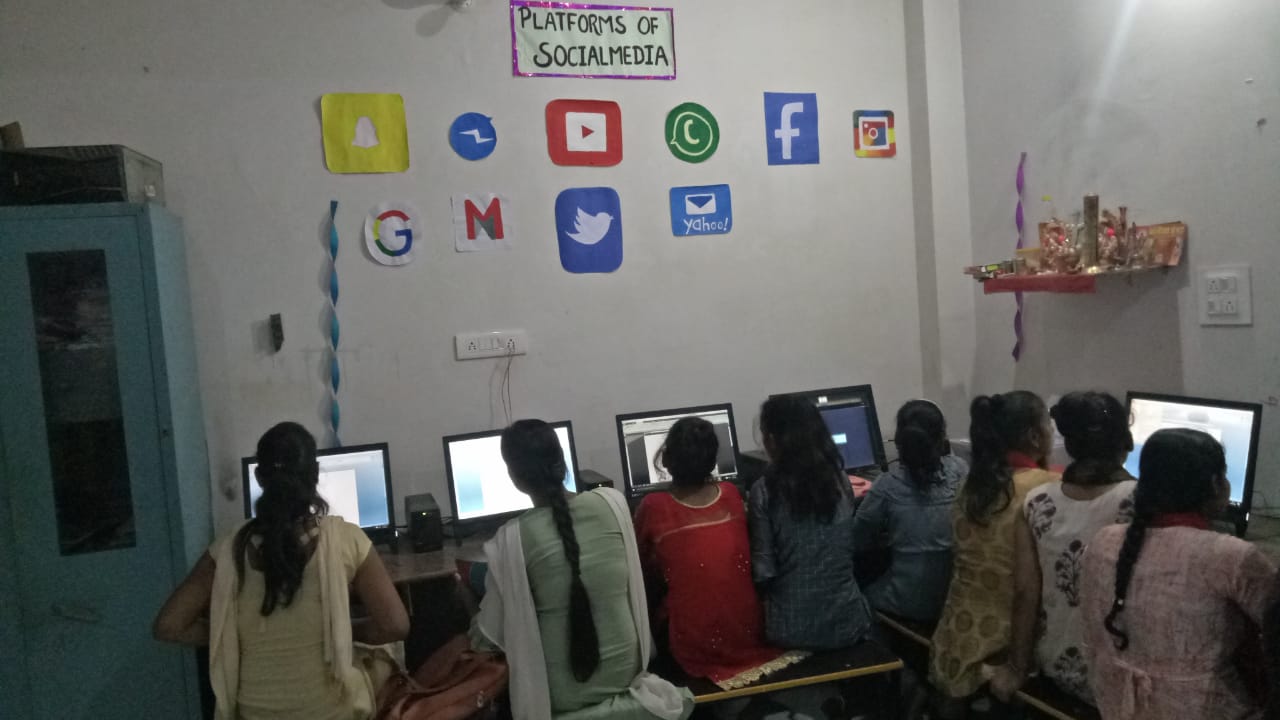 SRF believes in securing child protection through children participation. The first children CBO in Uttar Pradesh named Baal Pahrua was formed by the SRF. It is a network of 5000 children in age group 6 to 18 years. During the first wave of pandemic, the blockchain-powered app INDICOIN helped the children to develop and boost their self-confidence. While using this app, children in need are getting help and support. During the pandemic, nearly 800 children put forth their needs and created resources to fulfill their demand for nutritional kits and educational support, on the INDICOIN App.